The Environment Protection Agency (EPA) yesterday (March, 30th ) has held a one day engaged with Stakeholders and civil societies, (MDAs) on guidelines for environmental and social impact of Oil Spill and coastal management

Speaking at the workshop organised at the Boxing Memorial Hall at in Freetown, Director of EPA-SL Momodu Alrashid Bah, said the workshop is to train actors of Civil Society Organization (CSOs) on environment advocacy techniques citizen mobilization, alert actions, and raising awareness on issues related to oil and gas activities in our coastal marine environment.

“I will like from the outset to express my profound gratitude and sincere appreciations for honoring the invitation participate in the important workshop” he said.

According to Mr. Bah land-based activities cause runoff flows to the sea, carrying with its plastics and litters agriculture fertilizers and pesticides, sediments from mining, sewage, industrial and wastewater discharges from cities, the  oil spill from mining car and heavy machinery and accidents, oil tanker operations and other shipping.

He stated all these sources of pollutants do not only stress and disrupt marine life but release toxins that kill marine life and affects its entire biodiversity; contaminate coastal marine area and seafood, spreading cholera typhoid and other diseases.

He said in our coastal water promotes the growth of algal blooms, which can be toxic to wildlife and harmful to us, the alga also hurt our local fishing and tourism industry.

He added that to prevent or minimize the impact of pollutants from land-based activities on our coastal marine environment, the environment protection Agency with support from the Regional Partnership for the conservation of the coastal and marine (PRCM).

He said the workshop will highlight the devastating effects of oil spill on the marine ecosystem and representatives of CSOs would be educated on their roles and responsibilities in preventing or handling incidences of an oil spill the need for cooperation with the EPA to deal with related threat to the marine environment.

“ the environment issue of oil gas activities in Sierra Leone, and acquire advocacy tools to support actions to raise awareness and mobilize stakeholders in the country as advocacy guide will be developed for the benefits of civil society actors” He said 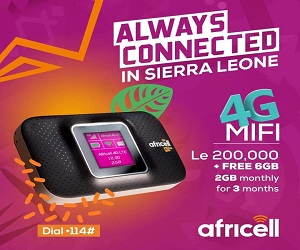 He said significant investment in renewable energy generation will contribute towards the country meeting the Paris Agreement.

He noted that the country was determined to contribute to the United Nations Framework Convention on Climate Change.

In his presentation on the guidelines on Oil Spill and coastal management, A senior lecturer from Fourah Bay Collage, Department of institute of marine Biology, Dr Salliue K. Sankoh, said the main objective of the guidelines was to provide information to the project and the steps that needed to be taken for securing and manage Oil Spill in various coastal community is for the government to put proper measured.

He said the guidelines will also teach them all relevant environmental and social issues that are to be taken into account at all phases of the project, adding that it will also provide a standardized process for how their people can manage their waist in their various communities and factory

He added that if there is an oil spill in sierra Leone, weather be cud oil or refined oil some of the ample effect would be affecting the animal especially fish, noting that if this oil overflow in the sea there will come a time when someone buy a fish it will have a teasted of the wasted oil that has be spilling in the sea

He said with the training that they have given the coastal stakeholders he hopes they can go to their various communities and sensitizing their community’s people.

Abdul K. Dumbuya Conservation society of Sierra Leone, a participant on the workshop, said the workshop is very timely said his organization is also working on awareness rising sensitizing on the coastal community

He said the workshop has gave them insight on how oil spill can affected the community, noting that he is very prepared to go out and gave the information to people that are not aware about the effect of oil spill in coastal community